Last week Kiwis were hit with the news many of us weren't prepared for - the beloved snack Pods are being discontinued.

The news rocked snack lovers which soon saw an online petition calling on Mars New Zealand to perform a U-turn on their decision.

Currently, more than 5,000 people have signed. But it's not the first time Kiwi delicacies have been taken away from us.

From the 1950s through to the late 2000s Kiwis were treated to a range of delicious chips and lollies.

But sleepovers just aren't the same without the likes of Tangy Fruits, Snifters or CCs corn ships.

In honour of the fallen Pods, here's a roundup of classic Kiwiana snacks that should be brought back from extinction to help our tastebuds heal from our latest loss. 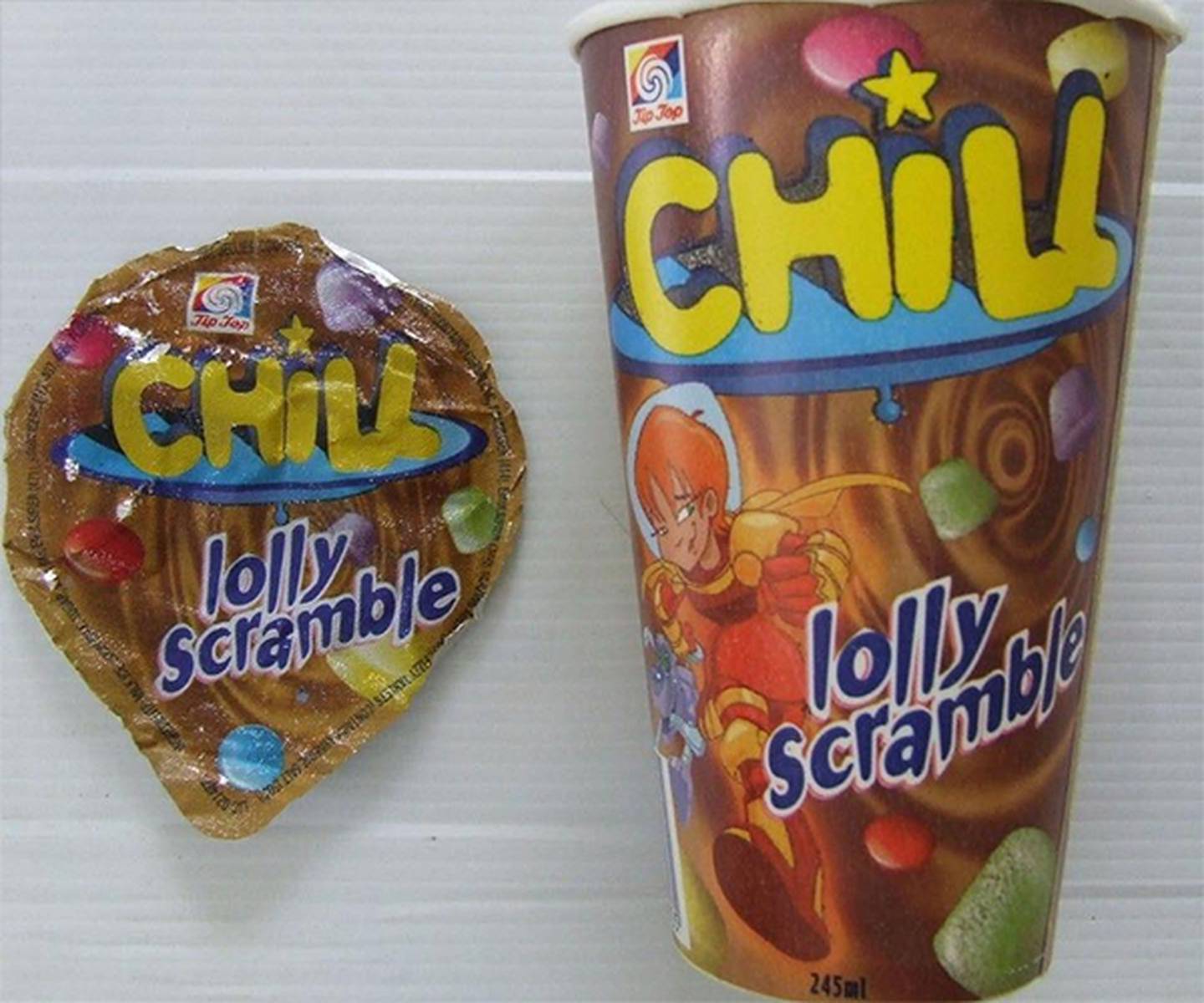 Who remembers this ice cream with the delicious lolly scramble inside?

These bad boys were the saviour on any hot summer's day when you wanted to buy both ice cream and lollies but only had the money for one.

Luckily this came with both in the one tub and the fizzy lollies inside were an ultimate favourite.

Tip Top, it's time to bring these back! 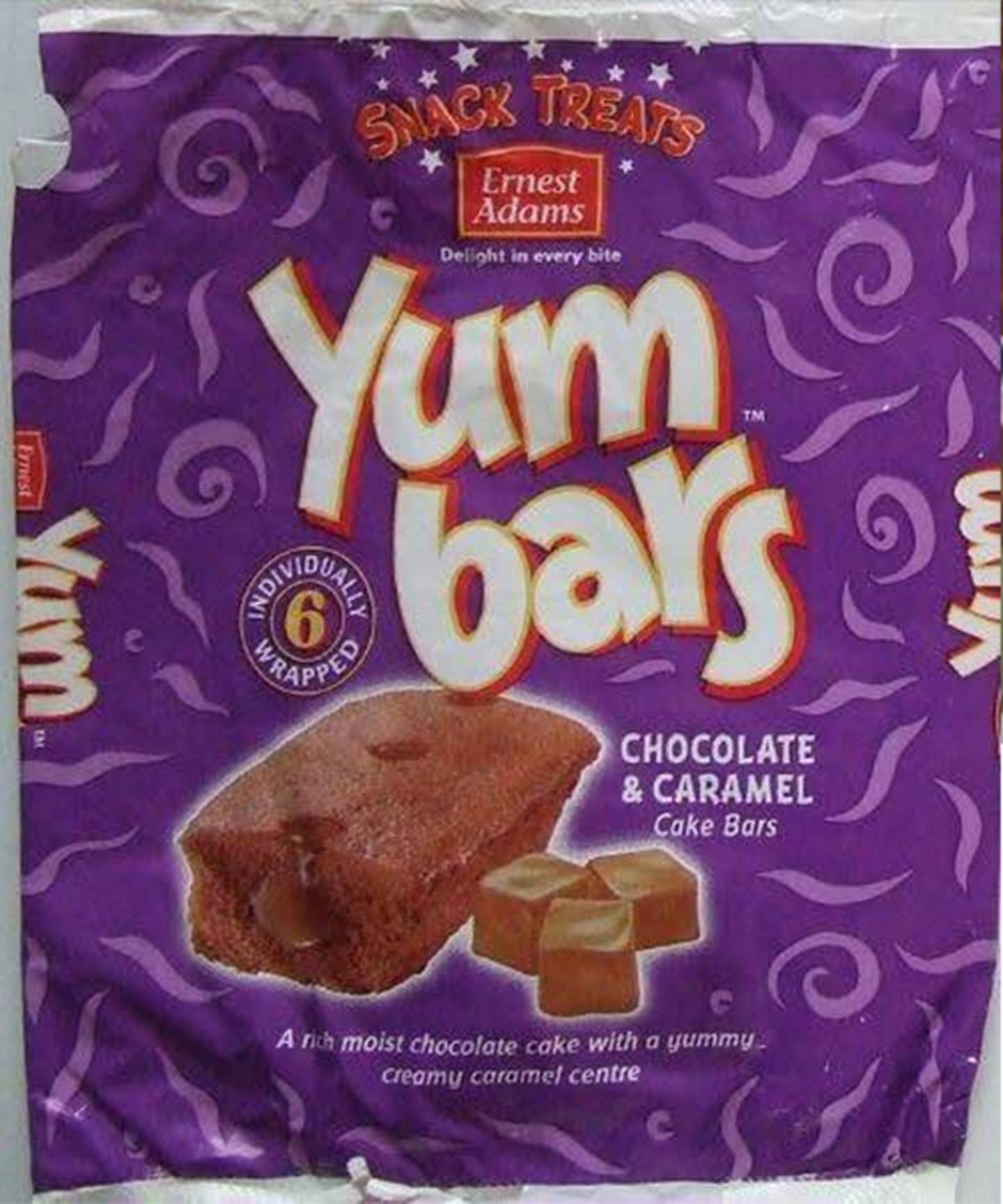 Simply the best. Better than all the rest.

When it comes to muffin bars, this Ernest Adams treat was hands down the tastiest item to get in your lunch box.

Yum Bars were moist and filled with a yummy creamy caramel centre.

These were often used in the playground as a bargaining chip or a way to make a quick couple of dollars if you had snuck another one in your lunchbox. 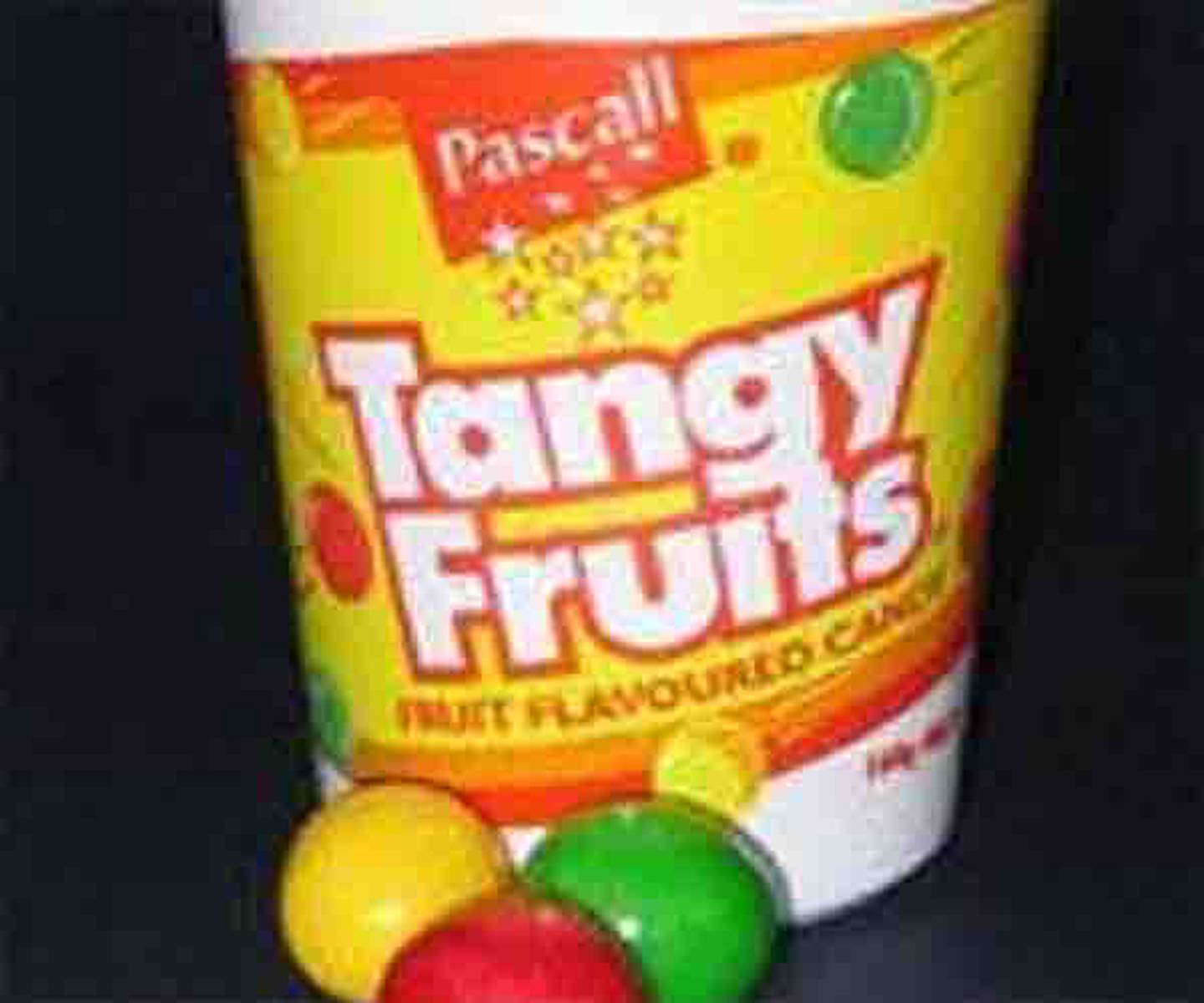 They were damn tasty but often used to throw at friends during your outing at the movies.

Tangy Fruits rarely lasted a whole film and were considered perfect for the movies since there was no disturbing rustling sound to worry about when one reached for a second helping.

Production ceased in 2008, again due to a lack of consumer demand. 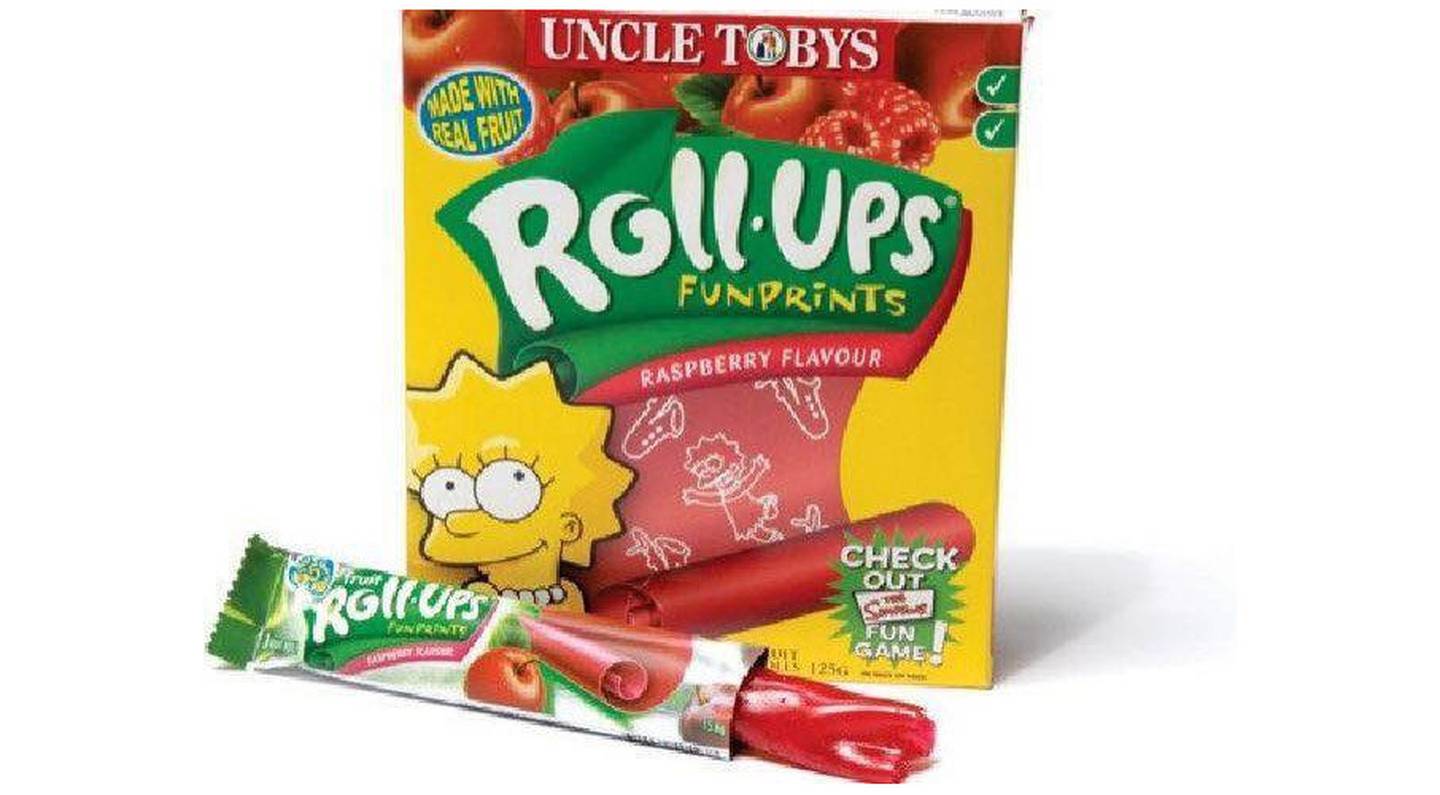 The standard procedure was to wrap them around your finger and race your friends to see who could finish theirs first.

If you didn't wrap these around your fingers and suck them dry, then are you even a legitimate Kiwi kid?

For years little rugrats around the country convinced their parents this "fruit-based" lunchbox item was "healthy".

Once the bell went for class it was a likely chance half the students came back with sticky fingers. But with good reason.

If you had one of these and a Yum Bar in your lunchbox, you were styling. 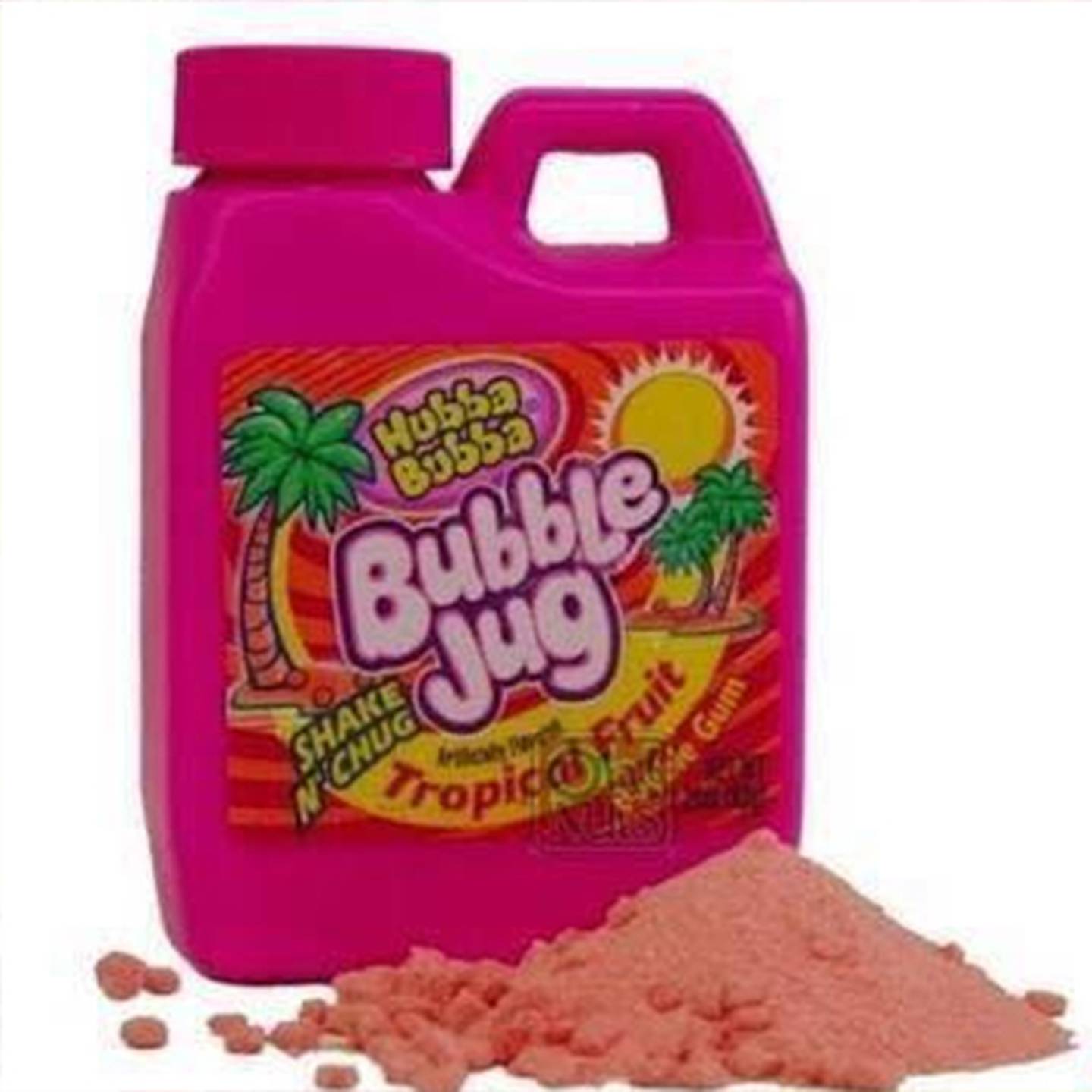 This was often a popular way to be able to share gum without having to give away a whole piece of Hubba Bubba.

When buying Hubba Bubba from the packet was too boring, kids turned to the powered alternative for their chewing gum fix.

Available in numerous flavours, watermelon and tropical fruit were often a big seller. 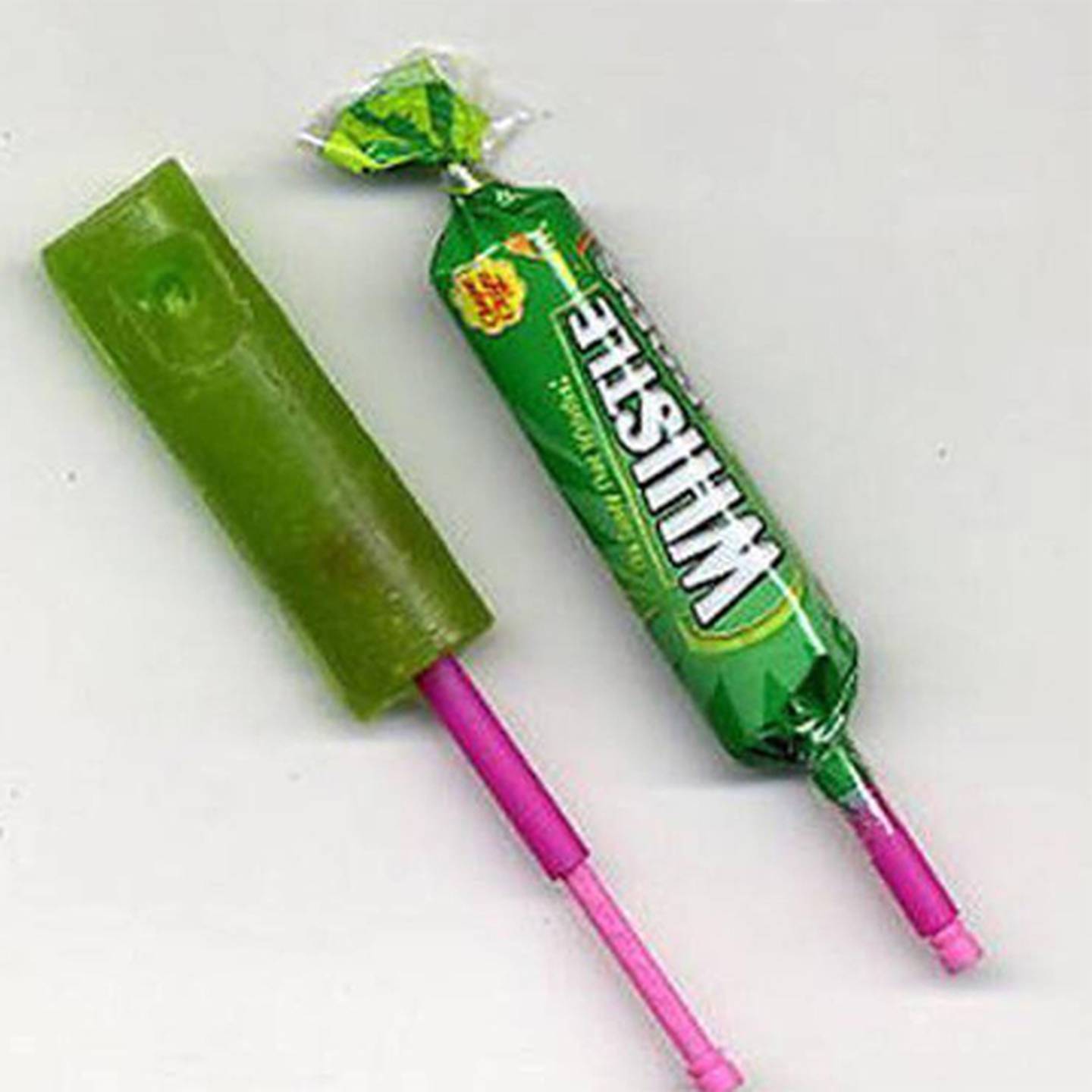 Let's be honest, while they were reasonably tasty the main reason you got your hands on the Whistle was to annoy your parents and friends.

This lollipop was designed in the shape of a whistle and boy did it make a lot of noise!

If you wanted the whistle to survive more than a few minutes the key was to eat it from the bottom up.

Apparently, some shops are still selling these but they're not as readily available as they were back in the '90s. 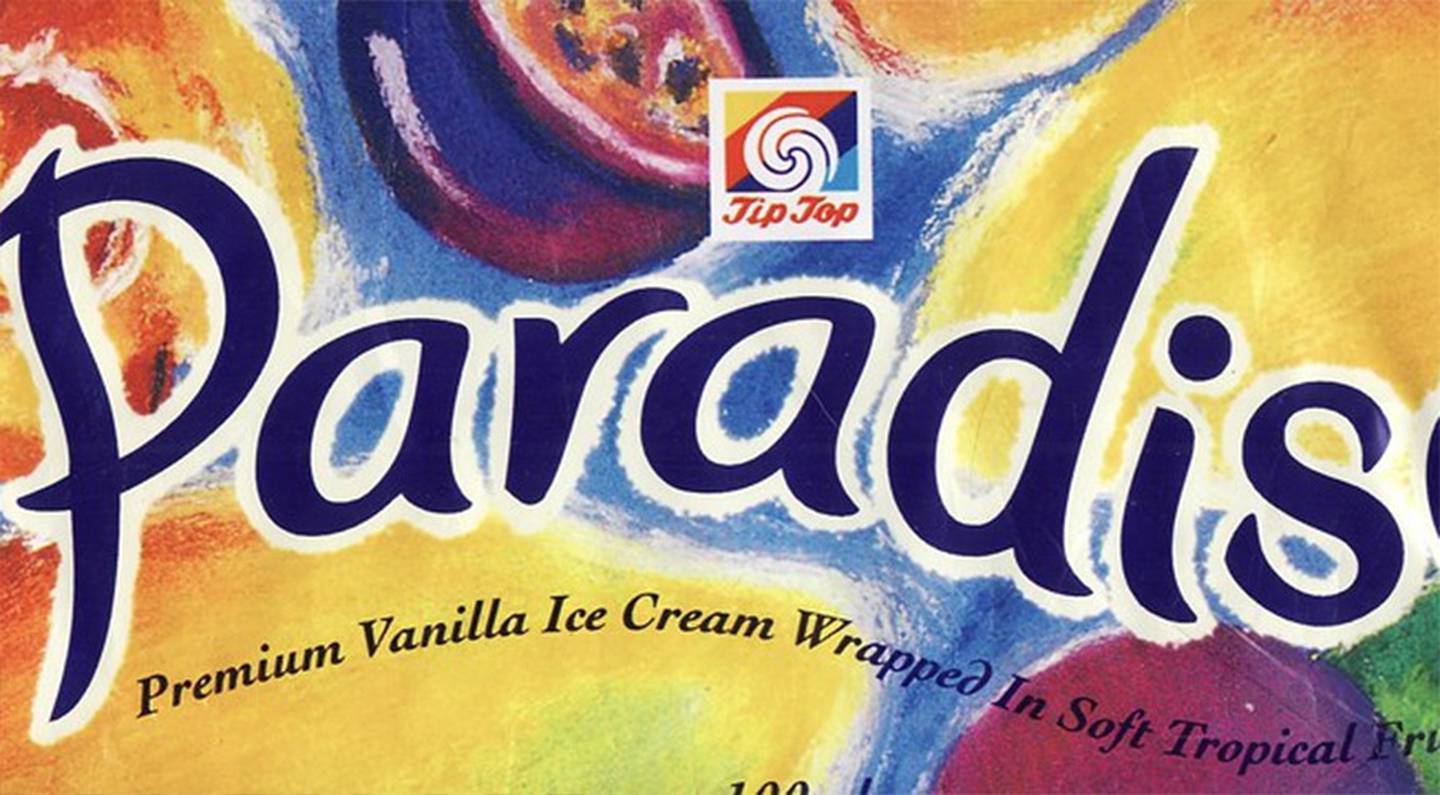 Who remembers this absolute gem of an ice cream?

Paradiso was certainly a summertime favourite where the blend of the tropical sorbet outside mixed with the vanilla ice cream inside was what dreams were made of.

The Paradiso was never cheap but it was what you begged your parents to buy when they said they'd shout the icecreams.

Tip Top should consider a limited time only relaunch. Please! 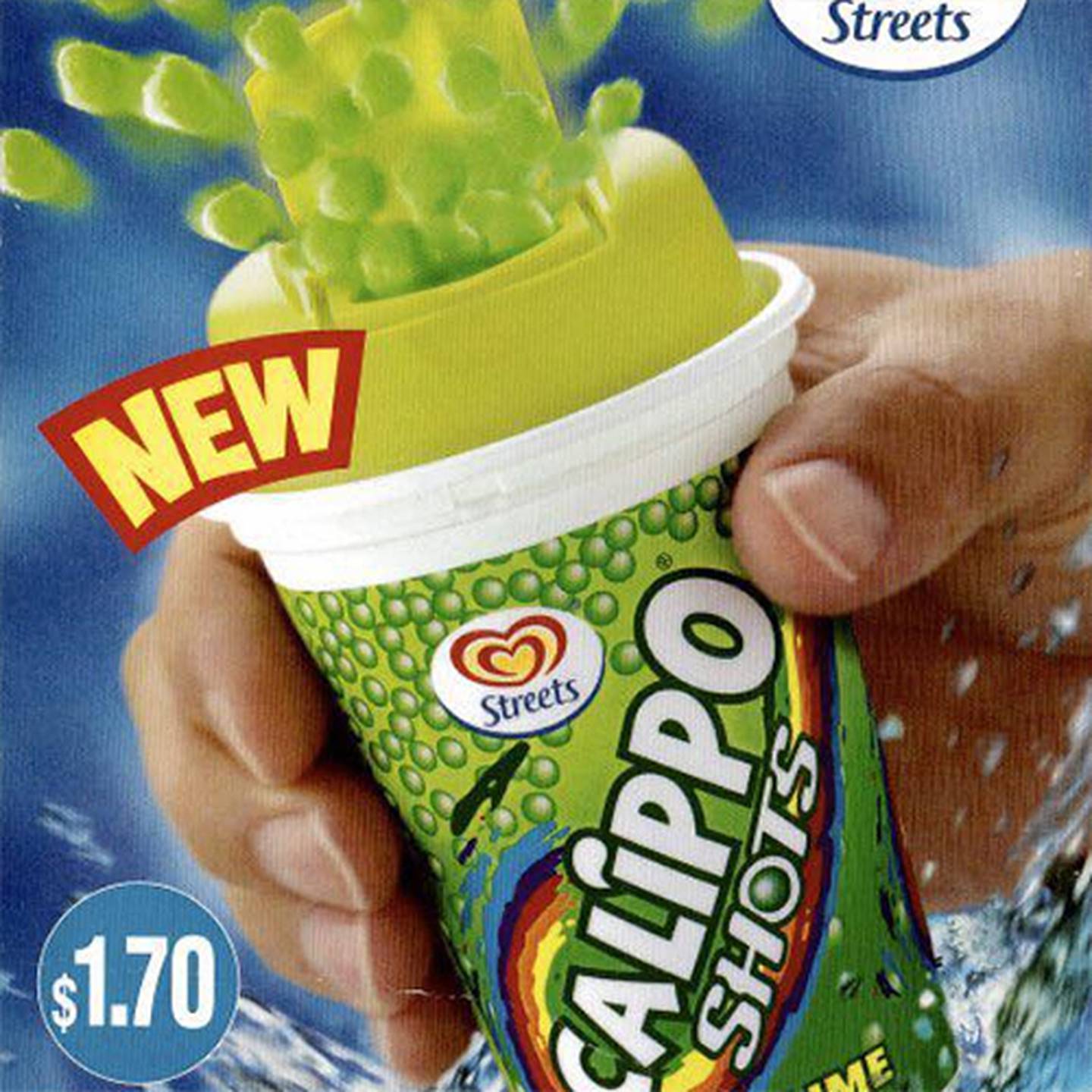 These chewy balls of flavour were a "game-changer" according to a lot of Kiwis back in the day.

They were easy to share around so if you were happy to forgo a handful of Calippo you probably became the popular kid in school. 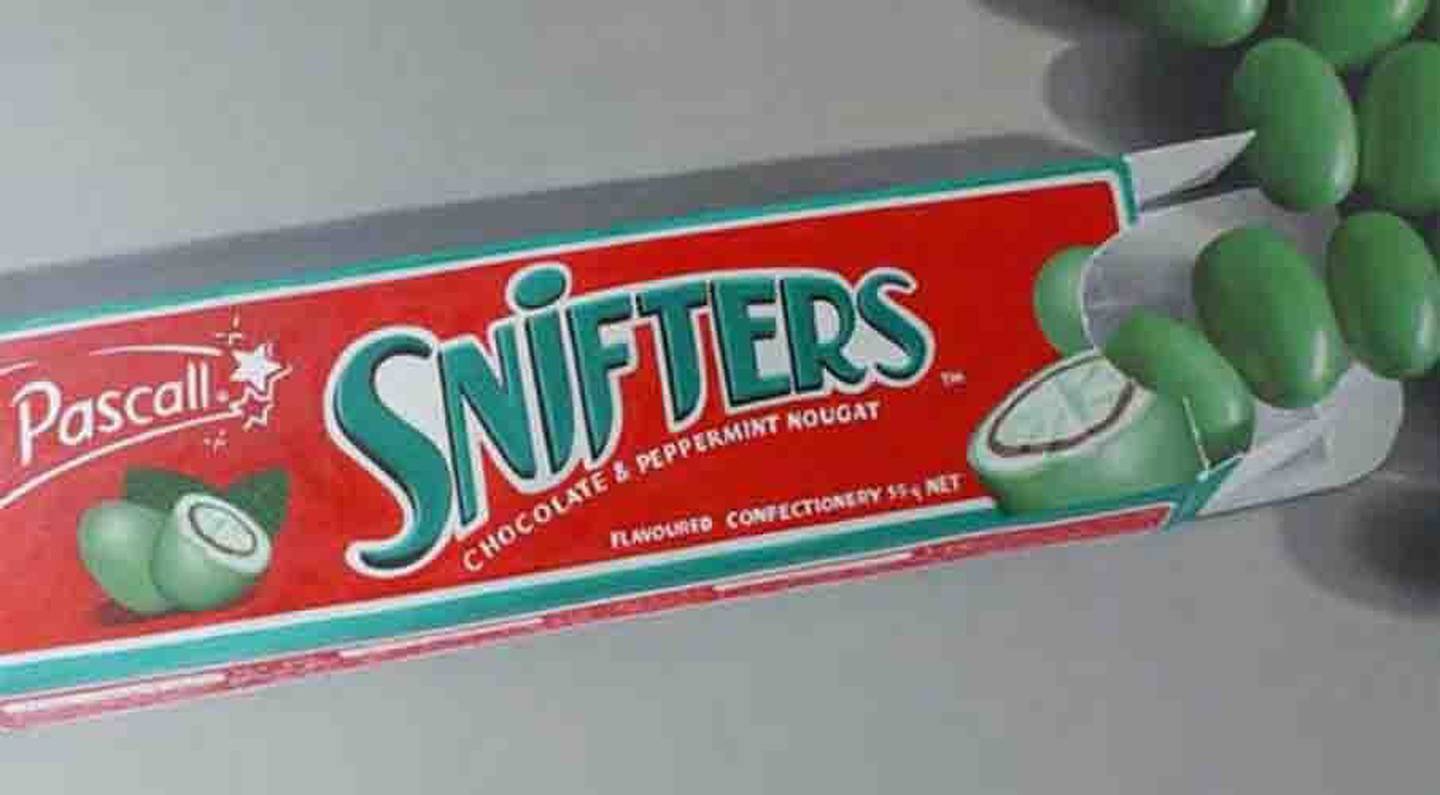 You couldn't go to the movies without a packet of Snifters.

These peppermint chocolate delights complimented the Tangy Fruits and were a staple of the Kiwi movie diet.

There have been calls for years for the Snifter to make a comeback but all attempts have failed.

It looks like it'll remain in our memories and hearts forever. RIP, the mighty snifter. 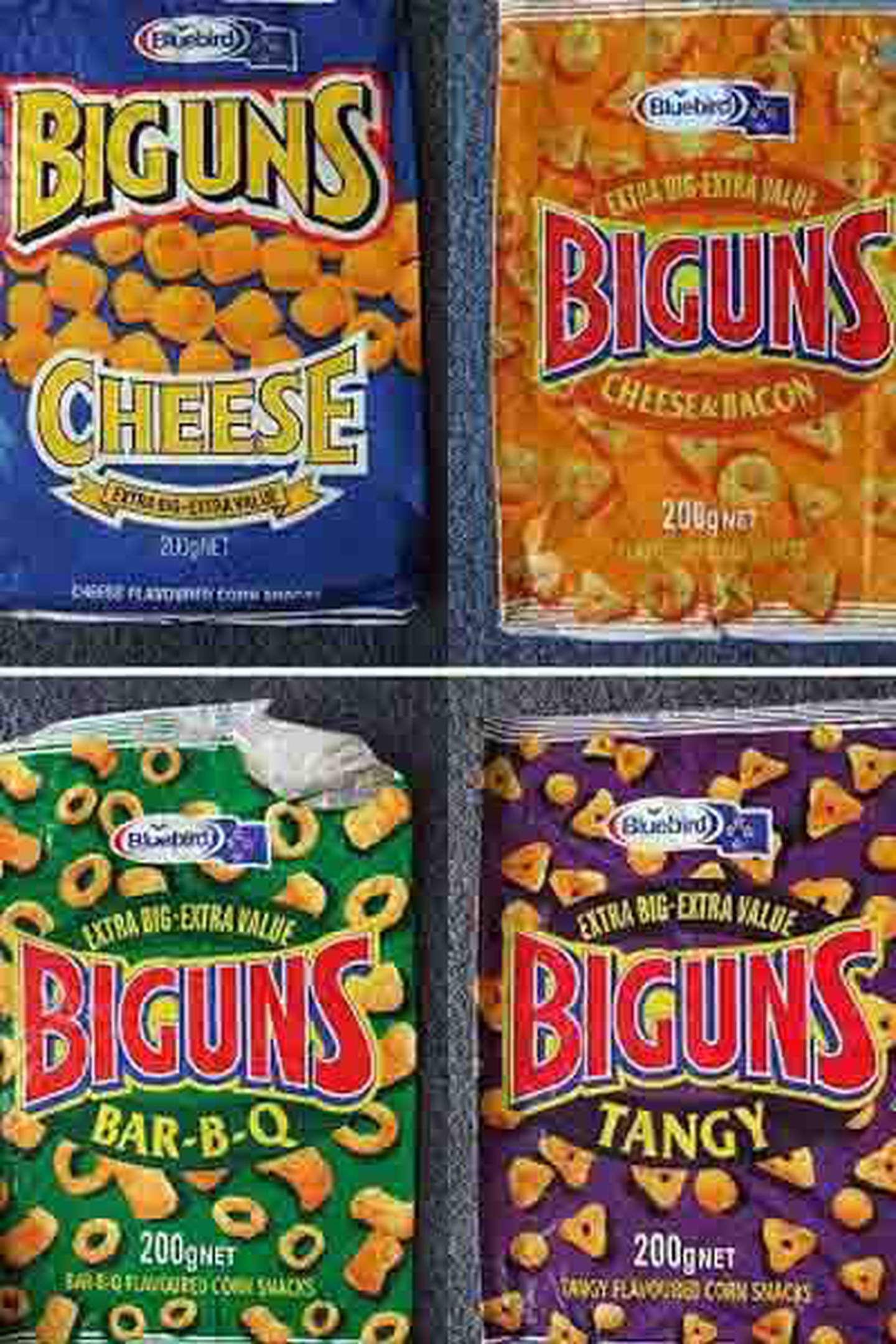 It wouldn't be a sleepover without a packet of Biguns!

The school lunch and sleepover favourite were available in four flavours including Cheese, Cheese and Bacon, Bar-b-q, and Tangy.

Local legend has it that Tangy was the most popular flavour before the Biguns brand disappeared from shelves.

In 2016 Bluebird did bring back cheese-flavoured Biguns for a limited time but again the Kiwi classic disappeared from all existence. In 2010 CCs corn chips were cut from supermarket shelves and replaced by a locally made version of the American brand Doritos.

Bluebird Foods, which makes the chips, was believed to have conducted blind taste tests in which Doritos proved more popular.

CCs had been a staple snack in lunchboxes around the country since the '80s and their extinction was met with fiery backlash. 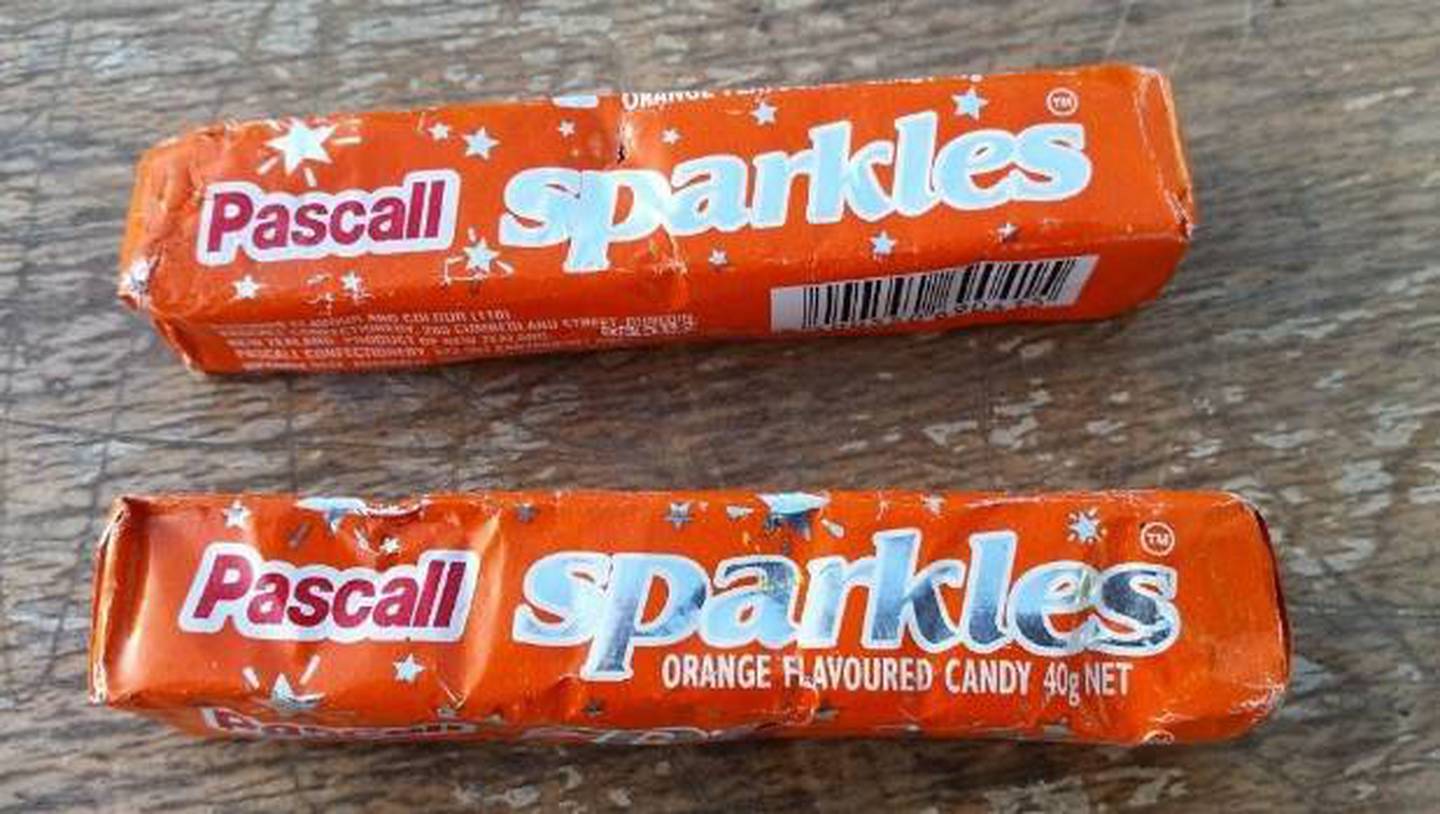 Considered one of the "big three" along with Snifters and Tangy Fruits, Sparkles faced the chop in 2008 due to lack of consumer demand.

But that didn't stop Kiwis from expressing their anger.

In 2016 a Trade Me user auctioned off two packets of orange Pascall Sparkles.

For what used to be the cheapest item at the local dairy, the bidding started at $10 per pack.

The black market of classic Kiwi candy has come to Trade Me in the past: In 2008, 20 packets of Sparkles were sold for over $50 each.

This article was first published on nzherald.co.nz and is republished here with permission.